skip to main | skip to sidebar

To all Second Combat's Fan. 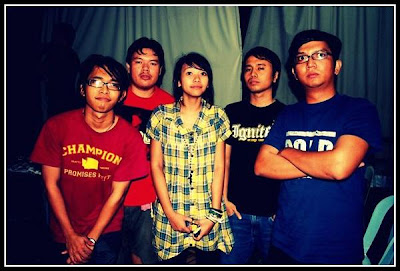 Memekak: A Day To Remember-If Looks Could Kill

After all the good times and bad times we had,we finally decided to break up after 13 years together. Thanks to every bands that we played with, Every labels and people we work with, Every kids that come to our shows to support us we will miss that.

At some point when a band getting well known they decided to give up on that, maybe they just tired. Thats what we had been through. We had so much fun together as a band. As our aim and mission had been accomplished. Its just sad that some countries that we didn't discover yet. We never gave up as an individuals thats embrace these positive political values around us. All we wanted to achive is to make kids sing together believe in every way that Hardcore has its reasons at the same time make a change in our community and corrupted society.

Second combat is always a big issues from now and then. As everything always a problem to us eventhough its seems minor to you when bands hate bands, scene hate scene people hate people its pretty obvious we had it in our scenes. But why does this still happening? Since we had watch and learn to what happens in Palestines, Afghanistan, India or Indonesia, or some other part of the world that racism will burn us down. When un ordinary people were cast away because of their differences? We need to think this over. Theres to many things we wanna talk about as we standup for the kids, for the people, the environment, and for the animals. We want people to listen to us and to learn. Take a look to whats going on in the world insted of worrying about what's the latest trends might be. As the society look us a garbages which screaming for nothing as they prefer their children to hangout at the night clubs at every weekends.

We did not gave up as an individual and our principles as we are still straightedge and we still vegetarian. Maybe we start as a punk band and end as a punk band eventually its all in the same category. We needed a rest after the non stop shows and tours we had. We still here to support other bands and organise a good shows. We will try to make a comeback someday. Please bear with us.

Thanks for all the hatred,rumors shit talking, backstabbing we had between friends. We still have time until DECEMBER so you can either throw anything or any comments to us before our last show. Write your testimoni here for the last time.

Thank you so much.

Sad to hear that they will be breaking up this December. Your blood, sweat and tears will be remembered by most of us.

Music of The Month.